Christians and Jews in Norwich: a turbulent history
On Wednesday 26th March we are holding a study day for members of the Christian and Jewish communities in Norwich to consider together our shared history from medieval times and into the present day.  Norwich is the home of the first accusation of Blood Libel against the Jewish community. In 1144 a young boy, William was murdered and the Jews falsely blamed. The Christian community at the time accepted the falsehood that William was murdered and his blood used by the Jews; his story was wildly exaggerated and he became a saint with his own shrine in the newly built Cathedral.

Today, this early example of anti-Semitism is remembered in the Cathedral. Our study day will hopefully help us to commemorate this event more fittingly for today’s citizens.

It is also just over a year ago that we buried the remains of 17 bodies which were found down a medieval well-shaft during the construction of a new shopping centre in the city in 2004. A television programme, Cold Case suggested these may have been Jewish so they were buried in the Norwich Jewish ceremony and I was privileged to give the eulogy on that occasion.  I referred back to the William of Norwich incident in my talk which I reproduce here - 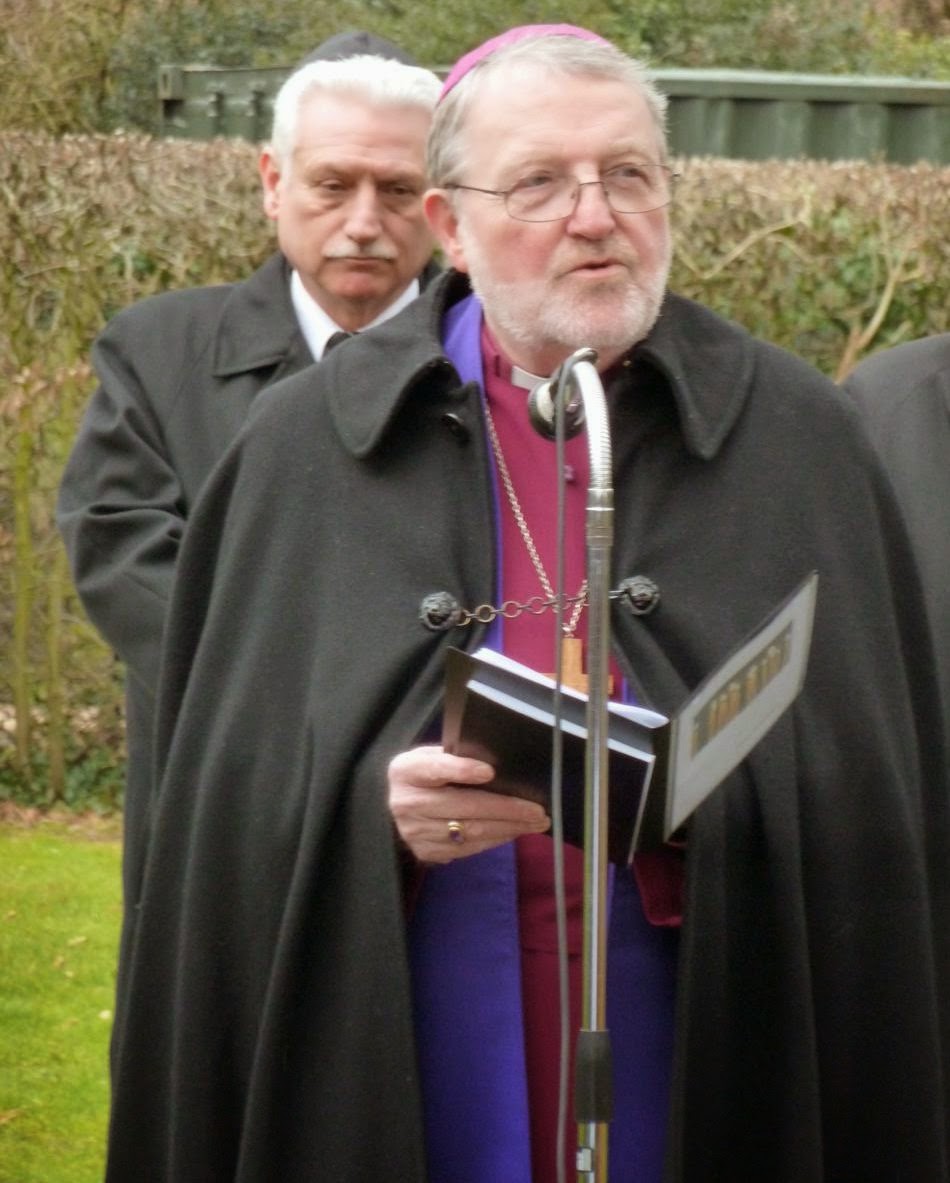 
As we meet in solemn remembrance of the six adults and eleven children whose lives were so brutally ended in this city of ours about 8 centuries ago I want to express the thanks of the Christian community that we have been invited to share with you in this sacred occasion.


As I have pondered what to say I have found myself drawn to images of some of the tombs in the Commonwealth War Grave cemeteries.  Many, as with all of these 17 whom we remember today, have no name.  The stone simply says, ‘A soldier of the Great War.’ There's a poignancy in those words – for they forever remain an anonymous person to us – but then at the bottom of the stone, are the words, Known unto God.


In medieval Norwich these 17 were brutally disposed of down a well shaft. Today we meet to honour them and mourn for them, conscious that they are – and always have been - known to God. And we lay to rest their bodies in repentance and hope for the eternal rest of their souls.


For 150 years or so in medieval England the Christian and Jewish communities lived together in this city. They did business together, at times relations were respectful and cordial but as we all know there was a much darker side.  Today, as our two communities are met here in prayer, I have the opportunity as a Christian bishop in the 21st century to offer words of repentance and apology for the suffering meted out to the Jewish community by my community in this city all those centuries ago. 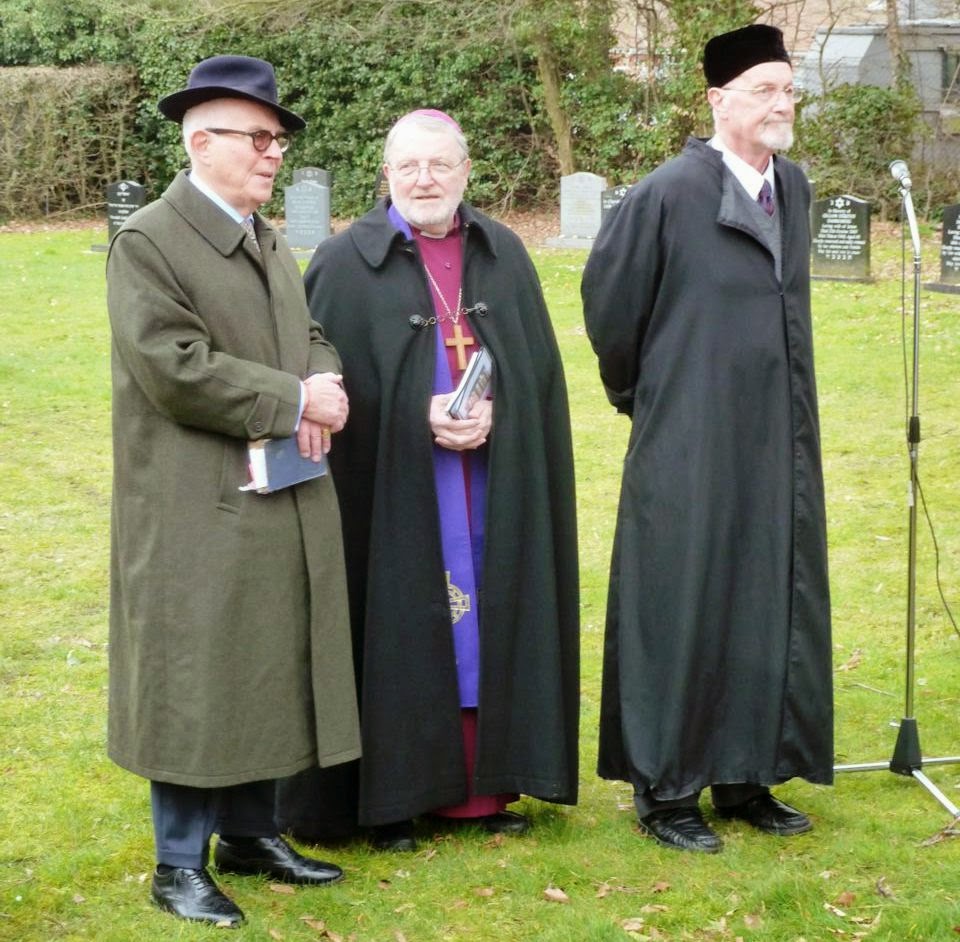 
Then, of course, we could not have met together like this and acknowledged our common spiritual commitment to the God of Abraham, Isaac and Jacob.  Thankfully today we can.  Both our communities share the fundamental commitment so clearly expressed at the very beginning of the Torah – that each and every one of us is made in the image of God.  Each of us has equal dignity and honour before God – or as the psalmist says, humanity is just a little lower than the angels.  Sadly these and many others through the centuries – including our own time – have been treated in death as less than human. We will all have our own thoughts as we stand here today – for me they are ones of repentance and sorrow for how my community of faith has at times failed to live up to this central vocation of humanity created in the image of God.


Hopefully as we gather together today as representatives of the present Jewish and Christian communities of this city we give witness to our own mutual compassion and friendship as we provide a prayerful burial for these people whose memory has been so long abused through unwitting neglect over the past centuries.


As we give them this final resting place on earth I trust that we pledge ourselves to live and work in our generation for supportive and respectful relationships between our two communities.


As these men, women and children finally find rest here, our intention as the Christian community is that they will also be later commemorated in a memorial in St Stephen’s churchyard, the parish in which their mortal remains have lain, unremembered for so many centuries.


We intend to put words from the Hebrew scriptures on that plaque which I trust both now and forever will be true for these 17 former inhabitants of our city - they are the profound words of trust and hope uttered by the psalmist, ‘Return, O my soul to your rest.’
Posted by David Gillett at 04:45